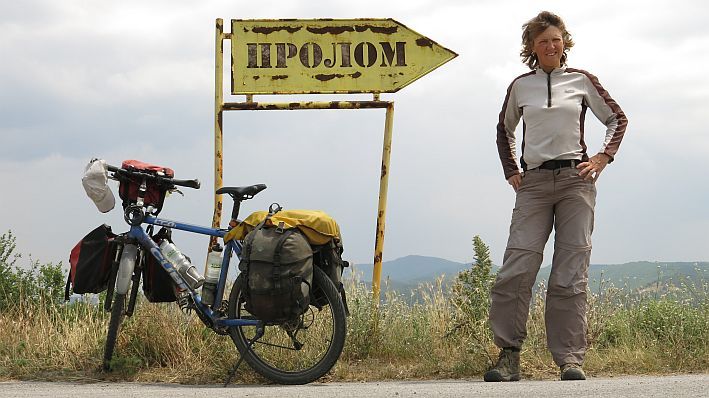 In a small town in Transilvania quite close to the Trans Faragasan Pass, I was invited to stay in a weekend cottage. It was Sunday evening and the owners were just ready to leave. They gave me the keys, they left the fridge full of food and they let me pick my favourite vegetables out of their veggie garden.

If you are travelling by yourself, then these are happy moments for your soul. The hospitality is so important to keep you going and to stick to your plan. Beeing on your own is a bit like sitting in a rollercoaster. Sometimes you feel like you could hug the world and you are full of power and you feel free and easy, but sometimes not even 5 minutes later reality crawls back into your mind and you feel absolutely lonely and you wish you had a partner on your side.

I managed the 3000km on this very day. And as always at that covered distance my shift cable broke.

But this isn’ t a serious problem, that’s the reason I am carrying tools and spare parts.
The Trans Faragasan Pass winds it’s way up to the top for 32 long kilometers. Laci and Feri two caravan tourists offered me a soup for lunch and luckily they camped at the top at 2050m, which I reached pretty tired after 1600m of climbing and about two minutes before a hail storm started. I jumped into their home, even had a shower, a supper and a long nice chat. 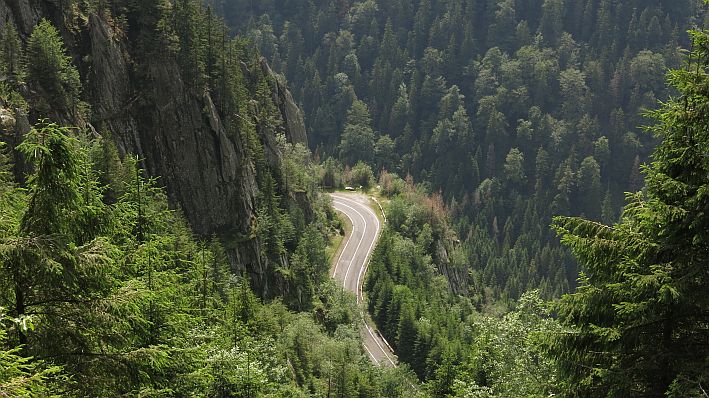 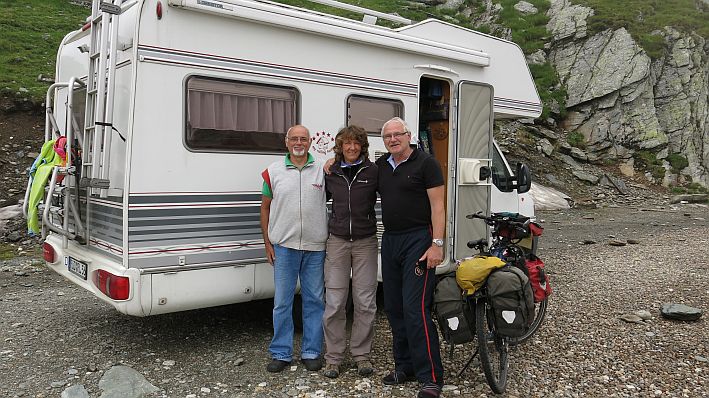 On the southern side of the pass I met two totally crazy South Korean cyclists. They already cycled over 30.000km and spent the winter at minus 40C in Tajikistan. They were fascinated of the Iran. 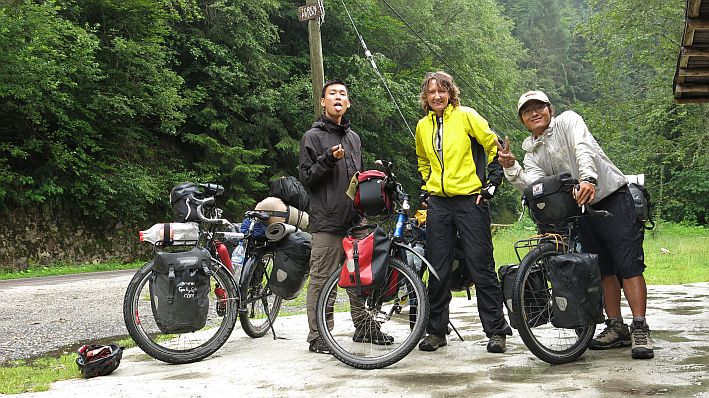 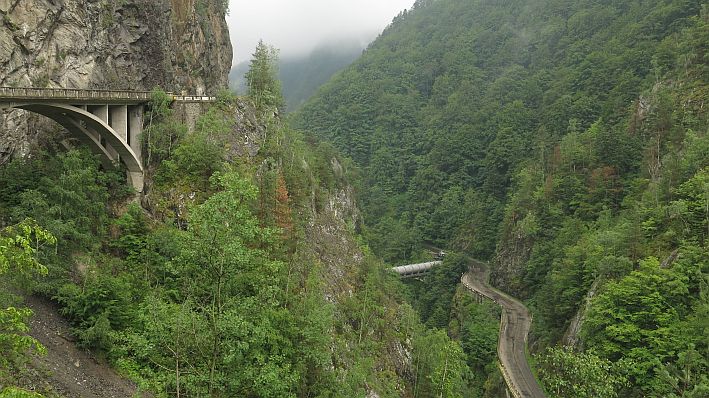 These are also motivation moments. It gives you power and courage.
The next days were hard. The scenery of the Walachai was pretty dull. Sunflower fields, cornfields and now and then a tiny village. That’s it. 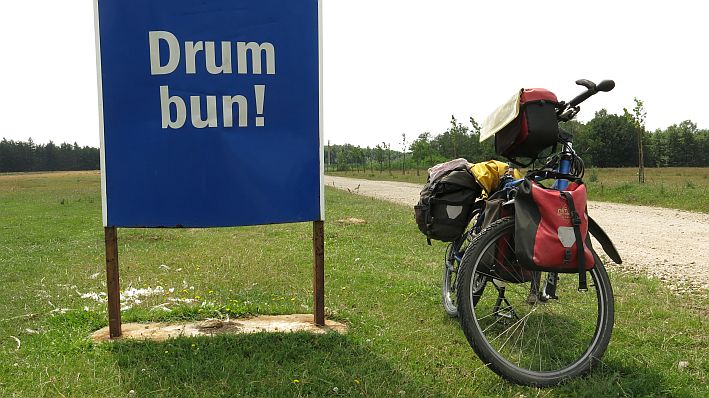 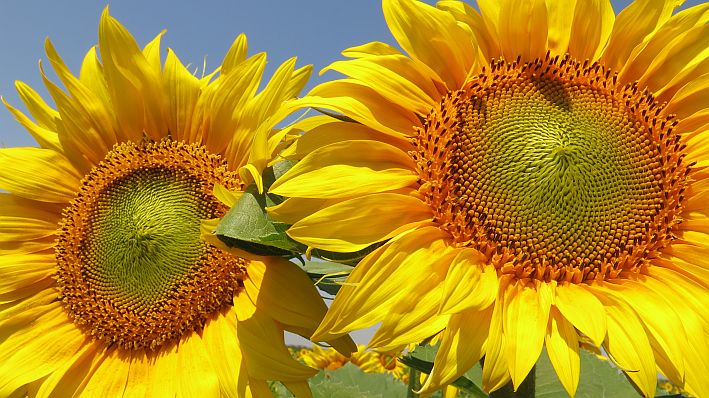 Luckily I asked every night at the right house. I always became food and a place to stay.
But this can be also exhausting too as I have to tell my stories over and over again. Instead of beeing able to go to bed, they even invite the neighbours. They ask the same questions again. Too bad that there isn’t a possibility of a real conversation because I have so many questions myself.

Finally I reached the Danube and crossed over to Bulgaria via ferry. 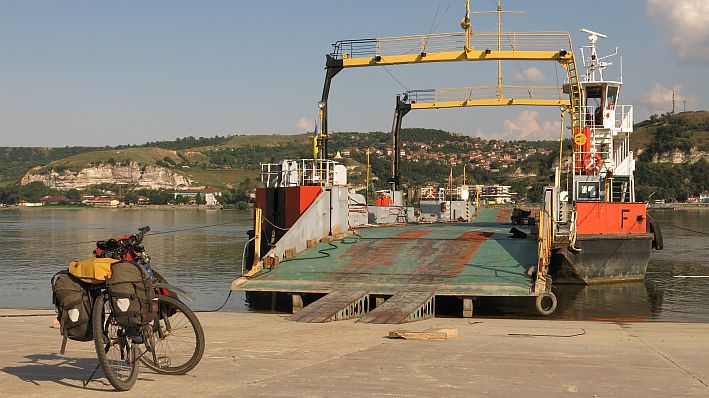 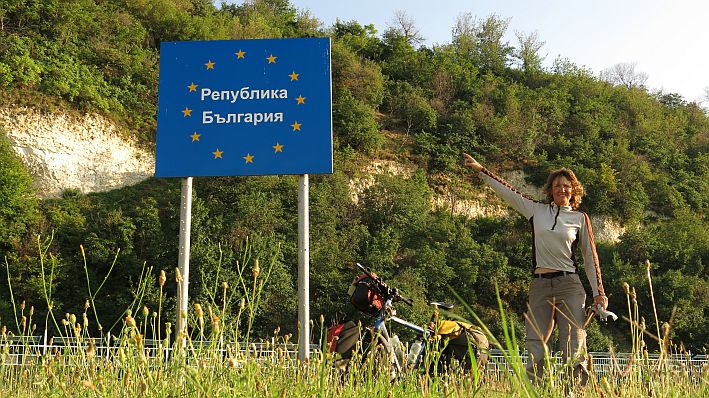 In Romania people told me many times I should take care in Bulgaria because of the bandits and not 2 minutes after I left the bordertown Nikopol a taxi driver told me in German to watch out for bandits.
In the first village I pitched my tent in front of a house, outside their fence. But not even 10 minutes later the mayor came and made sure that I could stay inside. There are too many Bandits was the information I got from the person I spoke to on the phone, who translated what the mayor wanted to tell me.

Bulgaria is a paradise for cyclist. Quiet roads and lots of hills.
I needed to cross the Balkan Mountains and I probably chose the worst pass to do so. It was a hell of a steep and rough climb, full of big rocks. It was impossible to cycle a single meter of it. I reached the Tazha hut pretty worn out. The descent was bumpy too, but the scenery was lovely. 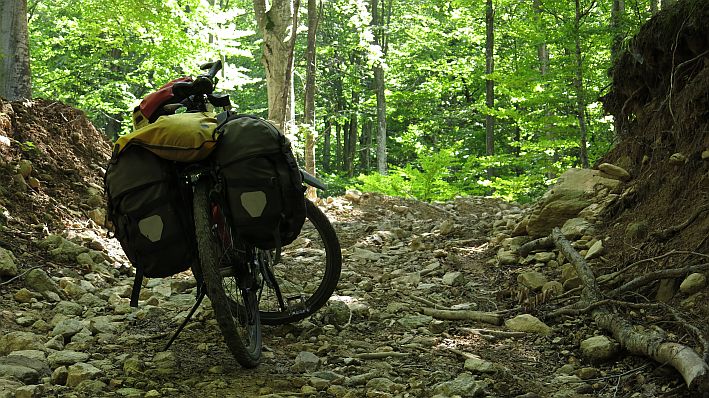 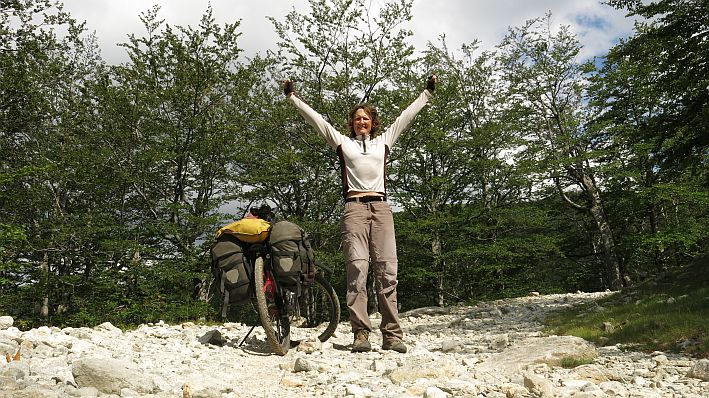 Since Poland there should be brown bears in the forests and mountains, but too bad I haven’ t seen any yet, which I had so much liked to.

From Plovdiv, the second biggest city of the country, I cycled to the Rhodopes mountains. A fight of climbing one pass after the other started right after I left the city. Some are smooth and easy to climb, others are on rough surface and really hard going. 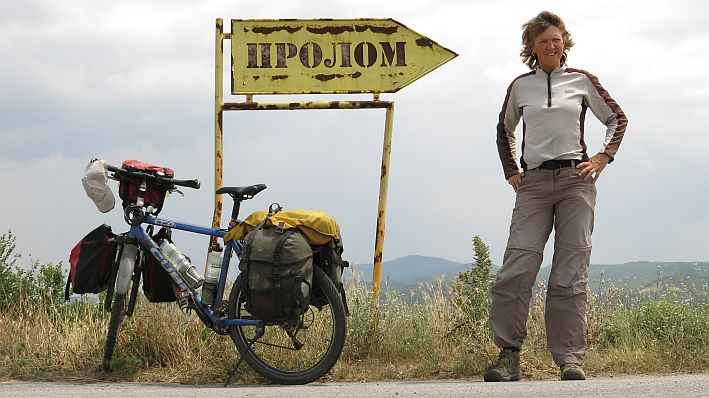 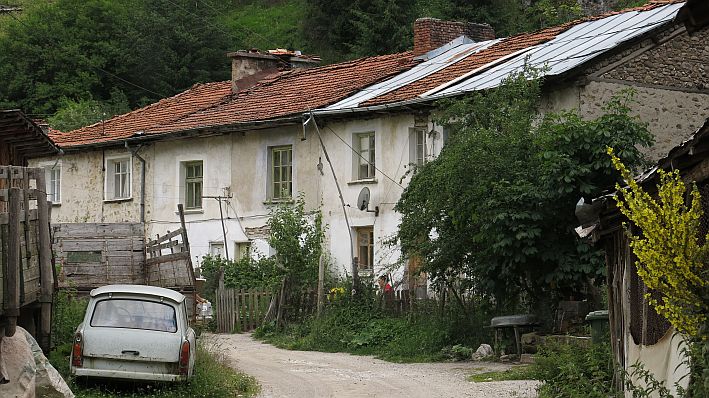 In the southern part of the mountains, close to the border of Greece, I heard the Muezzin calling for the first time. Heaps of turkish people live here. Men are sitting in cafes all day and they seem to have nothing else to do. Women cover their hair and dress conservativly.
Chypsies are also a common sight. 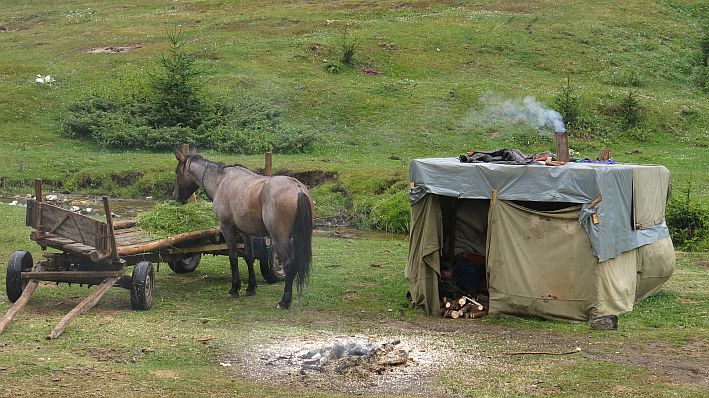 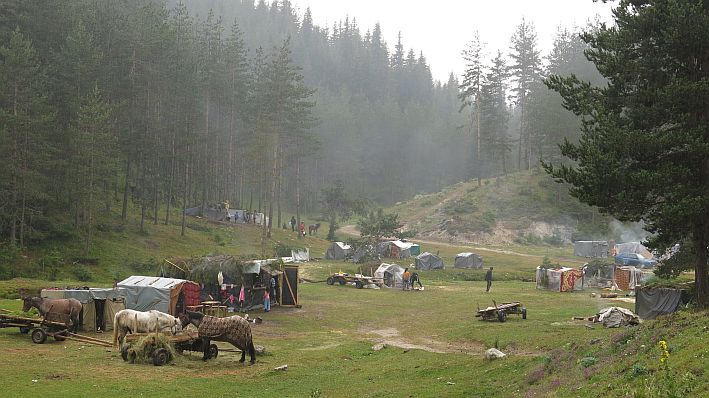 I don’ t get close to the country and the people. I am missing the hospitality which I enjoyed so much in the other countries. People are not open.

It’s time to leave, but first I am heading to the Rila Monastery before I am crossing into Macedonia.